HT was born. During its first years the company has been mainly focusing on selecting and marketing test equipment, clamp-on meters and DMMs.

the turning point consisted in letting down distribution as HT aimed at taking the most important challenge: designing and building its own instruments as a result of experiences and ideas gained over the years.
The first model MASTER HT2031 was created. At that time no competitor could offer a product performing safety testing on installations and simultaneously printing a professional report thanks to the built-in printer.
The success of this new equipment was the necessary fuel to run a team of engineers responsible for research and development of HT instruments. In the mid of the 90s HT R&D was founded inside the company with the aim of creating a unique and technologically advanced design for HT products. This choice represented a landmark for the company engaged into considerable capital investments to implement its own skilled staff while strengthening its sales network all over the world.

HT Instruments SL was founded
A subsidiary located in Spain with the aim of bringing its technology to the so-called emerging markets.

The new instrument FULLTEST HT2036 was developed.
The only instrument on the market capable of testing safety conditions on equipment and electrical panels.

HT launched GENIUS 5080
The first instrument on the market combining testing of electrical safety with power analysis. A real step forward in the world of instruments. This type of product has been featuring HT among all its competitors.

HT launched the series GSC, the first instruments on the market combining safety testing on electrical installations with single- and three-phase analysis of power quality. GSC represented a revolution in technology and communication. A unique instrument capable of recording all the electrical parameters: voltage, current, power, harmonics, voltage anomalies, etc. simultaneously, but mainly designed to be used in a simple and intuitive.
Just a few months after its launch with advertisement " OPEN YOUR EYES " HT could count on thousands of sales worldwide. GSC is still today a real icon in the equipment field.

VEGA76 was developed, an instrument devoted to the analysis on three-phase systems.
The company was constantly evolving and while producing electronic equipment needed to keep pace with numberless innovations on the market.

HT developed several ranges of instruments such as the family 400.
a series of 5 models (Combi 420, Combi 419, SPEED 418, GEO 416 and ISO 410) introducing a number of advantages such as backlighted graphical display, online help, remote key to start testing, and so on. Once again HT showed its intention to invest in technology to be qualified and to keep pace so representing a pioneer in its market.
Under the same spirit PQA series was developed, the first analyzer of power quality on the market with backlighted color touch LCD. The variety of languages, online help, intuitive menu with icons, four current inputs and five voltage inputs, capability of recording all parameters at once make PQA extremely advanced and unmatched on the market.
In 2007 HT INSTRUMENTS GmbH was founded, a second branch located in Germany.

HT developed the solar range.
HT developed the solar range, solar multifunction testers SOLAR300N, I-V400, SOLAR IV, SOLAR200, MPP300. These instruments are not only designed for simple inspection of installations, they offer more. HT instruments enable you to effect correct power analysis in compliance with standards as well as take measurements of the IV characteristic of modules or strings. Unique testers for inspection and maintenance of photovoltaic systems.

That year has come for HT to capitalize successfully on all the investments made for  photovoltaic industry so becoming a benchmark abroad in such a field as well.

The chorus of praise for the range of PV testers pushes HT to aim at new goals in the same field. PVCHECK is the first model to be designed for safety check of PV installations capable of working  even in the presence voltage.

Standards IEC/EN60439 for low-voltage power switchgear and controlgear assemblies change into IEC/EN61439-1, and as usual, HT offers the market the most comprehensive unit for this kind of tests: Fulltest3.

As a turning point HT feels the need to propose something really alternative and innovative in the field of power analysis. PQA820 is designed and introduced as power quality analyzer capable of interfacing with any smartphone or tablet.

The introduction of modern touch-screen technologies persuade HT designers to realize the most advanced system ever made for testing electrical installations. Macrotest G3 is completely touch screen capable of interfacing with any tablet and smartphone.

The great success of PQA820 and Macrotest G3 has proved that HT found a winning and persuasive strategy , so introducing GSC60 into the market, the only instrument in the world with the most modern electrical safety testing system along with the most comfortable and easiest power analyzer ever designed. 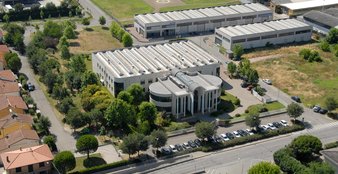 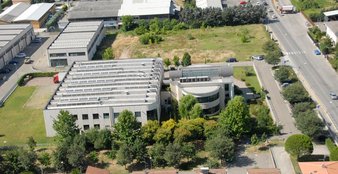 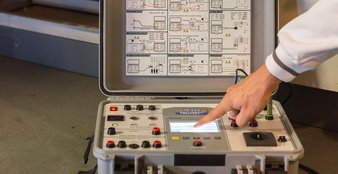 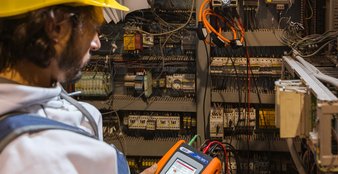 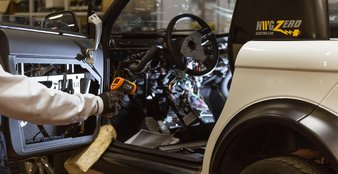